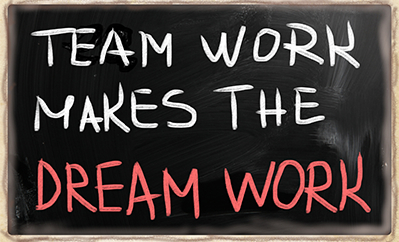 With over 100 years of cumulative industry experience our team has extensive experience in Financial Communications, Public Company Management, Investment Banking, Corporate Restructuring, Turnaround Strategies, Market Development and Public Markets Navigation. We work closely with the senior management of client companies to understand their vision so as to best communicate the message and achieve the client’s goals.

Andrew has roughly 25 years of finance experience, including over 10 years in the investment banking and brokerage industry and over 5 years as an officer and director of a publicly traded company.

Mr. Haag has provided IR and financial consulting services to public companies for over 2 decades. He has assisted companies in going public through the traditional IPO process and reverse mergers Additionally, he has successfully helped client companies up-list their shares from OTCBB to National exchanges. Clients and projects he has been a part of have secured well over a billion in equity capital. Andrew has played key parts in the corporate structuring, financial development, and growth of companies from the seed stage through the many phases of private and public offerings.

Andrew has served on the Community Advisory Board of the Promises Foundation, a non-profit organization that focuses its efforts on helping families of at-risk youth. He is an avid hiker, skier and enjoys spending as much time outdoors as possible. His core interests include outdoors, natural living and a passion for helping people develop and execute on new ideas.

Since 2009, Mr. Haag has been a Managing Director of IRTH Communications. He was previously employed in the brokerage, investment banking industries from about 1993 – 2001 and formerly held the Series 7, 24 and 63 licenses.

Based in Asia from 2008-2012, he held senior positions with an investment fund, and also an investment bank based in Saigon, Vietnam in 2008. From 2009-2012 he served as Managing Director of Asia for IRTH Communications, LLC and was based out of Shanghai, China. From approximately 2002 -2007 he was Director of Speculative Investments at KMVI, a family office / holding company which invested in restaurants, oil, private equity, publicly traded companies, real estate and a wide array of other industries. While at KMVI, he was also President and CEO of Utopia Optics (majority owned by KMVI), an eyewear and apparel company focused on consumers in the action sports markets. Mr. Haag graduated from Hamilton College with a Bachelor of Arts in History in 1988.

Robert works with and donates to various charitable causes. He enjoys sailing, scuba and is a licensed airplane pilot.

Debra has over a decade of strategic consulting and financial communications experience and an expertise in strategic consulting and marketing intelligence. She began her career in the Global Derivatives Group at JP Morgan before serving at Lehman Brothers’ trading desk. Over the years Debra has taken her empirical knowledge of market analysis to advising management teams on strategic positioning and effectively articulating their company stories to the investment community. She has served senior executive positions for some of the largest IR firms in the nation and has managed strategic communications internally for several Nasdaq-listed media companies including You On Demand (Nasdaq: YOD). In addition to having a diverse background in sculpting compelling messaging for various industries including consumer, retail, energy, industrial and media companies, Debra combines her leadership, understanding of the capital markets and relationships with institutional and high net-worth investors to help produce value-enhancing strategic consulting and financial communications campaigns. Debra has a Bachelors of Science Degree in Finance from Binghamton University’s School of Management and has studied Corporate Finance and Investments at Melbourne University in Australia.

Anthony is an expert in public relations, social media and marketing. He has experience working for non-profit and for profit companies. Previous to joining IRTH Communications, he worked at Noyd Communications, a boutique Public Relations & Marketing firm in Manhattan Beach that specialized in the consumer electronics industry. He worked with VIZIO, America’s leading provider of HDTVs, as well as top leaders in high-end electronics including Stewart Filmscreen, Westone, Krell amongst others. He has secured top media placements for his clients in leading publications and has been a part of many successful product launches. He has helped his clients win numerous product awards over the years. Over the course of his career he has fine-tuned his ability to identify opportunities and increase brand awareness while maintaining the highest integrity for his clients. Anthony has a Bachelor of Arts Degree in English from the University of Illinois at Chicago (UIC).

Teresa is an accomplished professional with extensive experience in public company accounting and finance. She handles the financial operations of IRTH Communications and also consults with our clients when appropriate.